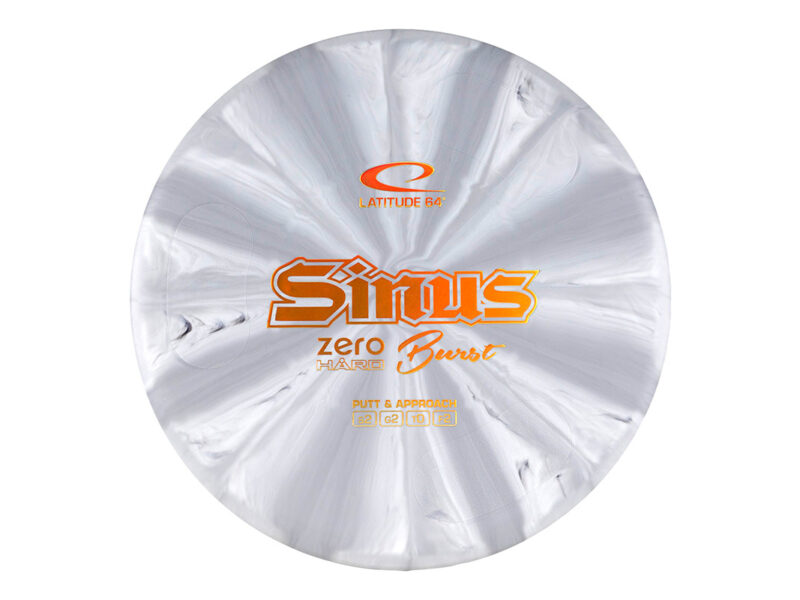 Sinus is another early gem from Latitude 64º that didn’t get the attention it deserved until years after its debut. My guess is the thumb grip areas and unusual profile (especially for a putter) scared most people off. But for those who got around to throwing the Sinus, especially those who rely on a predictably overstable putter for their approach game, like me, you probably never looked back.

Before the Sinus, you couldn’t have convinced me there was a better option than the Wizard. I threw a range of them between outright understable to all-the-way wind fighter overstable for all my approaches. The Wizard was a disc I thought I’d never pull from my bag. Truth is, after a handful of years throwing the Sinus for check-up overstable, windy, or controlled skip approaches, I can say without question that Sinus is a supreme approach disc in two fundamental ways: 1. Predictability & 2. Control. Sinus simply has the most predictable 250′ and in flight across the widest range of wind and air temperature of any disc I’ve tested. You’ll reach for Sinus in times of doubt more than any disc in your bag, so long as you’re developing a game based on consistency. Perhaps Sinus isn’t the floaty putter you’d recommend to a newer player, but it’s without question a disc designed to elevate an experienced player’s game.